Starting out on the cross country trails as a kid in Ottawa, Ontario, Jesse quickly came to fall in love with everything snow. As soon as he was old enough, Jesse got certified as an instructor and eventually got his ski instructor Level 2 CSIA, Level 1 CSCF, and Level 1 Freestyle. He worked between Mount Cascade and Ski Fortune in Quebec where he also learned and oversaw the snowmaking operations.

The East coast original then moved to BC in 1999 to chase his dreams of becoming a lifelong ski bum. He started out at Selkirk College where he took Ski Resort Operations and Management. Upon graduation, Jesse continued to grow his experience in areas of lift, building & vehicle maintenance and grooming operations. The lifetime snow enthusiast then brought his diverse skill set and passion to Sasquatch Mountain in 2002 where he started out working in Lift Maintenance and Utilities.

Hemlock Valley quickly became home for Jesse as he took on new responsibilities each year and eventually met his wife on the mountain and started a little ski bum family of his own. The Crawford family took a couple years away from Hemlock to join the Mike Weigle Heli-skiing operation in Blue River, BC where Jesse worked as the Maintenance and Project manager and Snowcat Program Developer.

With the rebrand of Hemlock to Sasquatch Mountain and news of an exciting new development plan, Jesse returned home to  Hemlock Valley to be a part of the expansion. He now works as the General Manager and spends his free time sharing in his passion for skiing with his friends, family and chasing the powder with his two sons and wife. 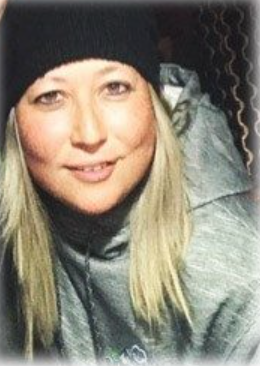 Shelby LimDirector of Inside Operations

Shelby is a local and long time snowboard fixture at Sasquatch Mountain. She started skiing and riding here at 8 years old and is proud to call Sasquatch Mountain her home mountain where she lives, works and shreds during the winter months. After some years of competitive snowboarding and world travelling, Shelby joined the Hemlock Resort family in 2002 as a group sales and event coordinator. She has since worked her way to a Senior Management role helping lead the resort through new ownership, a rebrand and the development and execution of the new master plan.

Shelby wears a variety of hats within the operation and oversees all aspects of Sales (Group, Corporate Sales & Partnerships), Marketing, Events, Program and Business Development, Retail, Public Relations & Promotions and general mountain culture & FUN. She is a solid believer in the work hard, play harder mentality and loves that her job is to sell “FUN” and get others hooked on a sport she is so passionate about.

If you can keep up with her, Shelby can be found off mountain in her other home community of Vancouver playing beach Volleyball or softball, racing motorcycles, rocking out on the guitar, travelling the world, spending time with her nieces & nephews and just living life to the fullest each day. 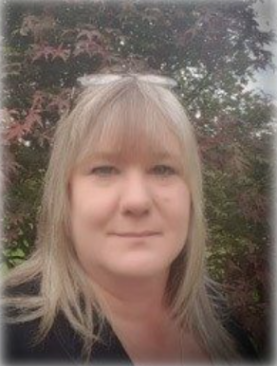 Shelley Hughes has been with Sasquatch Mountain since the beginning of time…or…about 18 years. Shelley has a background in administration and management but wanted a job closer to her home at the bottom of the mountain so started out in our rental shop in 2001. She now oversees Guest Services, and the sales desk which is responsible for lift ticket, rental and Snow school sales and all inside cashiers.

Her main passion is enjoying life with her family whether it be touring around camping in her trailer or watching her kids ski and board on the mountain.  Shelley loves the diversity of her role and couldn’t think of a better place to work.

I get to work at an amazing place every day, meet many different people from all over the world and have fun doing it. My kids have grown up skiing here, have all worked here and feel a part of the mountain family. We live by the Sasquatch motto of “Fantastic, Family, Fun”.  Not many jobs can you enjoy having your family with you. 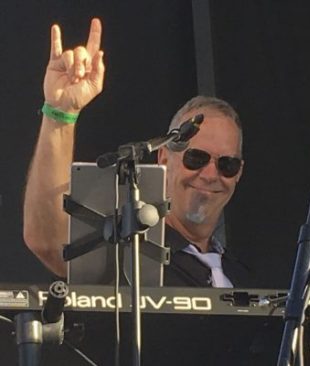 The Welshster, Johnny Bravo, JD, local man of the hour John Welsh has dabbled around the world in countless different industries. From the RCMP, to dog handler, to musician, to search and rescue and licensed Realtor at Remax, he now happily finds himself as the HR and Employee Experience Manager for Sasquatch Mountain. He’s one of the best snow plowers around, and trained devotedly with his beloved PSD dog Arco by his side.

Welsh isn’t a stranger to frequent yard sales and all around having a fantastic time. He’s been an avid downhill skier his whole life along with cross country-er and hockey player. He taught his two youngins to ski at Hemlock back in the day, raised his kids in Abbotsford and built their home with his bare hands like a true mountain man. He loves the energy at Sasquatch Mountain, the willingness of everybody to help each other out, and his ability to spread around his dad jokes like butter. “I trust tethers more than parachutes,” says Welsh.

Employee of the Week

Sign up on our email newsletter list to receive the latest news, snow reports and upcoming special events.